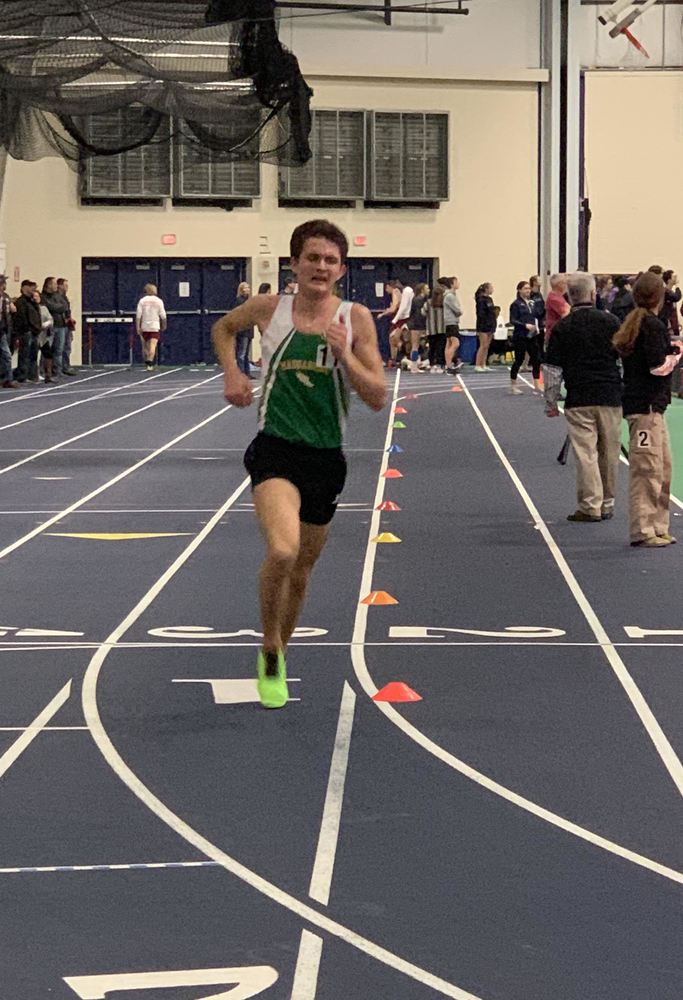 February 17 the track team went out to set some new personal bests in the Class A State Track Meet at USM. First up was the boys 4x800 meter relay made up of Georgie Chap, Jakob Saucier, Elijah Karecki, and Parker Jalbert. The boys were trying to break the school record but came up a little short running a 9:03. Keara Galbraith was next in the 55m hurdles, her personal best was a 9.84 going in and she came out with a 9.80. Then after a long break we had Jakob Saucier running the two mile. It was a tough heat with some challenges but he pushed through and ran a 10:40. Finally we had the boys and girls 4x200, boys team was made up of Blake Proctor, Brendan Banks, Parker Jalbert, and Michael Glover and the girls team was Shea Lane, Alyssa Huff, Breanna Messier, and Keara Galbraith. The boys pushed but a running out of zone cost them and they were DQed. While the girls went on to run a 2 second better personal best running 2 minutes flat. Awesome job by everyone!