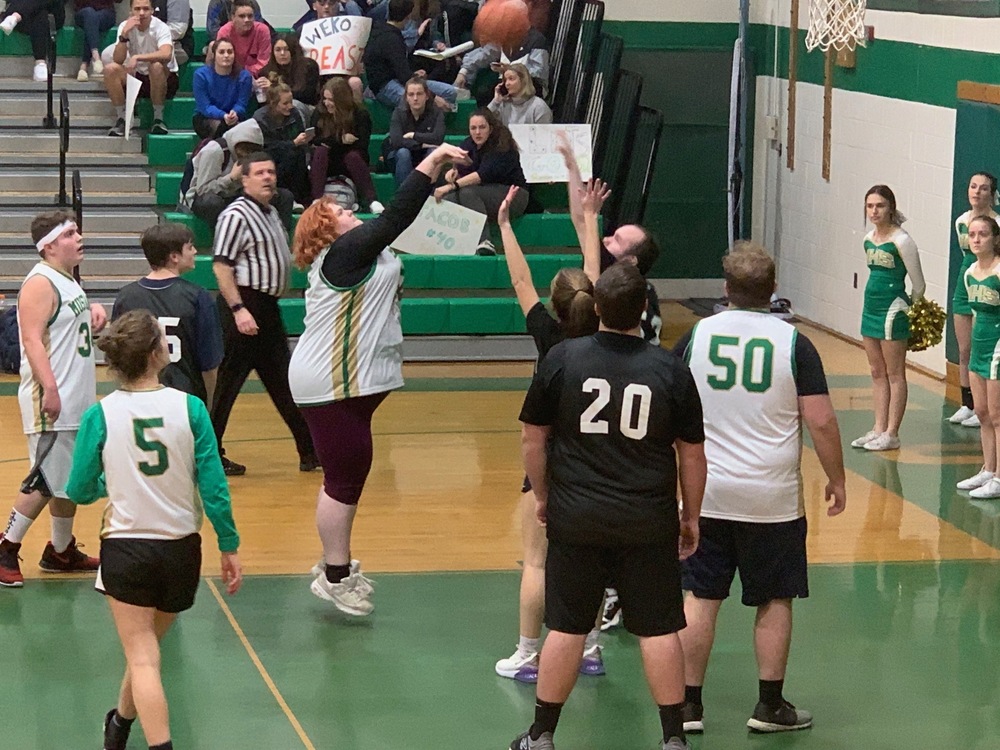 Unified is an understatement in what this team is all about.  Both teams had a huge supporting following.  There were classmates, coaches, teachers, administrators, guidance and all of the other winter sports there.  The cheerleaders added to the atmosphere along with the signs/posters for their favorites.

It was class from the beginning.  It started off with an amazing singing of the National Anthem by David Smith.  He didn't miss a beat.  At the end the opposing coach came over and had to wait in line to congratulate David.  Excellent job David!

Now onto the game, the coaches were Coach Fournier, Coach Landry and Coach Soldati.  They did an excellent job of rotating the players through the game every several minutes.

There were many helpers out there as well.  They were very supportive of the players from both teams.  This was true of Biddefords helpers as well.  There were numerous times that a player would take a shot, the helper would get the rebound and give it to that player to try again.

Massabesic won the game.  However, the final score didn't matter that is what unified sports are all about.  Everyone was united in supporting both teams and in the end, the Biddeford and Massabesic community was the winner as a result.