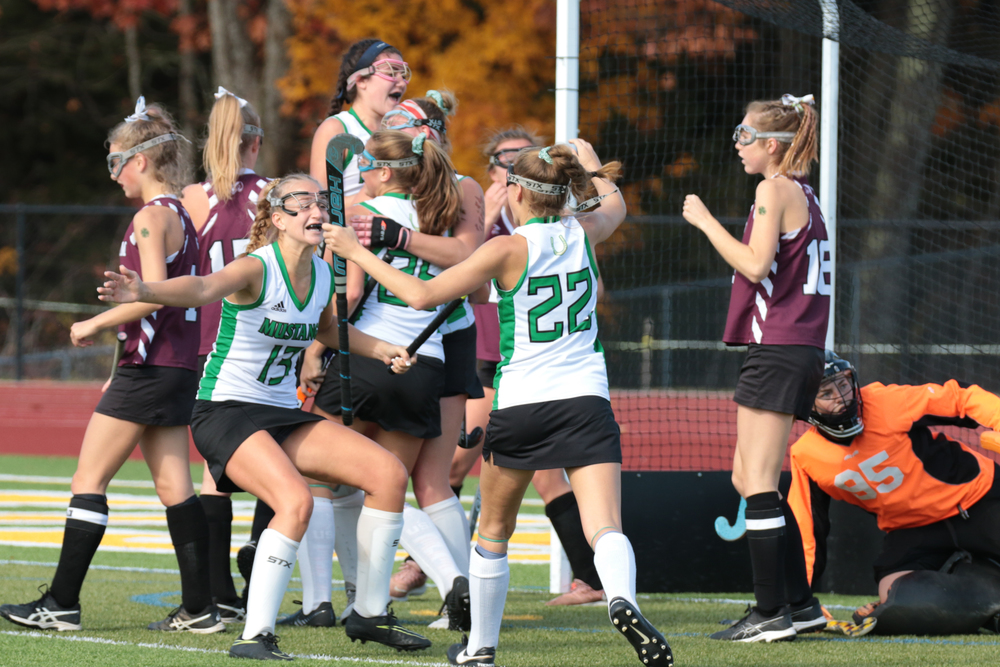 Coach Michele Martin-Moore was recognized by the Southwestern Maine Activities Association as the 2019 Field Hockey Coach of the year!  The Mustangs finished the season 14-2 and Regional Runners up!   Anna and Emma Snyder were named First Team All SMAA, Julia Gregoire was named Second Team All SMAA.  Emily Jacobs was given Honorable Mention honors and Marissa Holt was named to the All Rookie Team.

Massabesic Field Hockey was also recognized state wide by having three players named to the All State Field Hockey Team.   Anna Snyder, Emma Snyder and Julia Gregoire are on the list as the best Field Hockey Players in Maine!   Great job ladies!

Congratulations to Coach Martin-Moore and all of the Field Hockey on their accomplishments and for a great season!